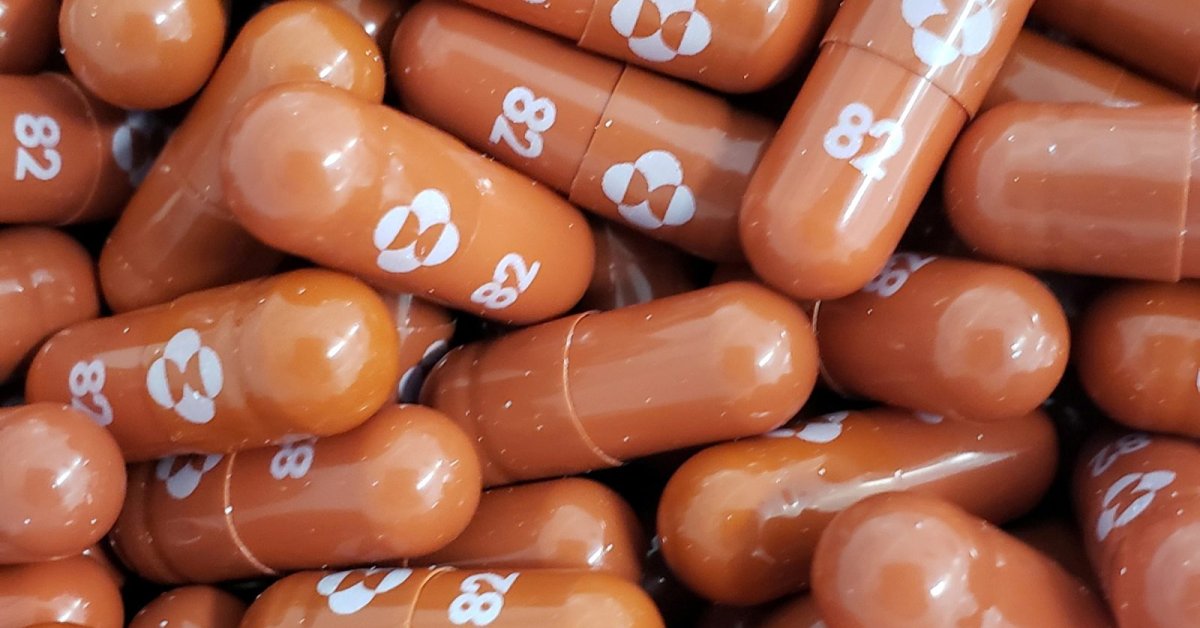 Vaccines will be the way out of the pandemic, but not everyone around the world is immunized yet, and the shots aren’t 100% effective in protecting people from getting infected with the COVID-19 virus. So antiviral drug treatments will be key to making sure that people who do get infected don’t get severely ill.

Merck announced encouraging results form a study of its COVID-19 antiviral drug, molnupiravir. In an early look at the data from a Phase 3 study, the company said the drug lowered the risk of hospitalization or death by 50% in those taking the pills compared to people not getting the drug after they developed mild to moderate COVID-19. Twenty-nine days after getting the drug or placebo, 7.3% of those receiving molnupiravir were hospitalized or died compared to 14.1% of people getting placebo.
[time-brightcove not-tgx=”true”]

The drug is the first oral antiviral against COVID-19, and is meant to be prescribed for people who develop symptoms of COVID-19 but are not sick enough to require hospitalization. Remdesivir, the first medication approved by the U.S. Food and Drug Administration (FDA) to treat the disease, is meant for people hospitalized with COVID-19 and has to be administered intravenously. The three other antiviral drugs that have received emergency use authorization (EUA) are also given via IV.

Based on the strongly positive results, Merck is stopping the trial early since the drug shows clear benefit. Merck will submit an application for EUA of the drug to the FDA and other regulatory bodies around the world soon.

The analysis involved 775 patients from trial sites around the world, who took the pill or a placebo twice a day for five days. Molnupiravir works by blocking SARS-CoV-2 from copying its genetic material, which it needs to do in order to infect more cells. Because it likely targets basic mechanisms that the virus relies on to replicate, and not the parts that mutate to form new variants, the early preclinical and human studies also showed that the drug is effective against different variants of the virus.

According to a release from the company, Merck has already been manufacturing molnupiravir, in the hopes that the Phase 3 study would show it was both safe and efficacious. The company has already agreed to provide 1.7 million doses of molnupiravir to the U.S. government, pending authorization from the FDA. Merck has also entered into licensing agreements with generic manufacturers to make the drug for more than 100 low- and middle-income countries if it receives authorization there.