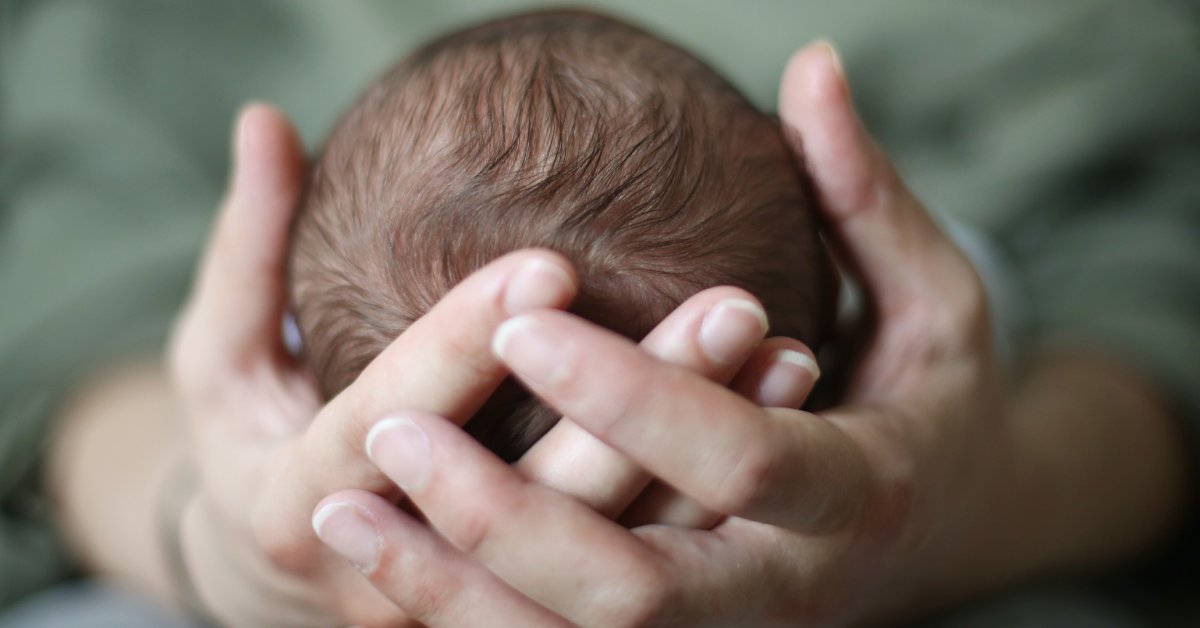 About one in seven women who give birth in the U.S. experience postpartum depression—a condition that can leave them exhausted, make it difficult for them to bond with their babies, and even generate thoughts of suicide. Left untreated, the condition can become chronic and interfere with the development of suffering mothers’ babies. It also takes a toll on society at large; untreated maternal mental health conditions cost the U.S. more than $14 billion a year, according to a 2019 study from Mathematica, a social policy research firm. Despite this, many women struggling with postpartum depression do not receive any treatment, and the current standard of care—antidepressants and psychotherapy—can be time-consuming and inaccessible for many mothers with newborns, and do not always eliminate women’s symptoms.
[time-brightcove not-tgx=”true”]

So far, the U.S. Food and Drug Administration (FDA) has approved only a single drug—brexanolone—specifically to treat postpartum depression. But since it was approved in 2019, it hasn’t been made widely available. Furthermore, brexanolone can only be administered in a limited number of healthcare facilities, and patients must sometimes travel to receive it. But on June 30, researchers published promising Phase 3 results from another postpartum depression medication currently in development called zuranolone, which promises to be easier to access than the existing drug. Moreover, the science underlying the two medications—both of which are developed by SAGE Therapeutics, a Cambridge, Mass.-based biotechnology firm—may yield promising new treatments for mental health issues related to the hormonal shifts that can occur over the course of a woman’s life.

In the new study—a double-blind clinical trial involving 151 adult women with postpartum depression published in JAMA Psychiatry—researchers found that those taking the drug experienced a statistically significant reduction in depression symptoms. In order to participate in the study, each potential participant needed to score at least a 26 on the Hamilton Depression Rating Scale, which is widely used to assess depression, to establish a baseline level of illness (higher scores are a sign of more acute depression). After 15 days, both the placebo group and patients on zuranolone experienced a drop in symptoms, but women taking zuranolone scored 6.9 points lower on average than those on placebo.

Zuranolone works similarly to its predecessor—both target the GABA receptors in users’ brains, which are believed to affect stress. But the new drug has several potential benefits compared to the existing medication. Brexanolone, which is administered intravenously over the course of 60 hours and sold under the brand name Zulresso, costs $34,000 without insurance. Its administration requires an often expensive two-and-a-half day stay at a health care facility, and few hospitals carry it. Between the price, availability and the requisite hospitalization—which takes patients away from their families and jobs—brexanolone isn’t a viable option for many women. Zuranolone’s sticker price is not yet clear, but the drug can be taken at home over the course of two weeks, meaning it may be both cheaper and easier to access, especially when factoring in hospital stays.

Dr. Kristina M. Deligiannidis, the zuranolone study’s principal investigator, says it struck her how closely the results mirrored those for brexanolone, especially when it came to the speed at which the drug showed results; some participants started to see their symptoms improve in just three days. “If it’s an infusion [like brexanolone], it goes into the bloodstream very quickly, and it gets to the brain very quickly. But with an oral medicine, it can take longer,” said Deligiannidis. “I was happy to see the onset of relief was rather quick.”

Other experts agree that the zuranolone data are promising. Crystal Schiller, the co-director of University of North Carolina, Chapel Hill’s perinatal psychiatry program, says it’s exciting to see new medications emerge that address the enormous hormonal changes affecting depression in women, including during the time after pregnancy. “Brexanolone and zuranolone are really the outcome…of some of that research that many of us have been doing over the years, that suggests there’s something unique about this biological window that may put women at risk for depression,” says Schiller. Still, it will be at least several years before SAGE submits zuranolone for FDA consideration; it first must undergo more clinical trials, and it has yet to be tested among breastfeeding mothers.

Although there has been significant research into the underlying mechanisms that cause postpartum depression in recent years, a historic lack of research into women—especially those who are pregnant or breastfeeding—has held back the advancement of new treatments, experts say. Until the FDA approved brexanolone, standard antidepressants were the only approved pharmaceutical treatment for postpartum depression—selective serotonin reuptake inhibitors (SSRIs), which were not tested specifically for postpartum depression in clinical trials, remain especially common. But SSRIs can cause side effects, such as nausea, headaches and drowsiness; they can take as long as eight to 12 weeks to become fully effective; and physicians who prescribe SSRIs to patients with depression usually advise their patients to continue taking them for months even after symptoms improve. That new treatments are being developed may be a sign of a sea change in the pharmaceutical industry’s attitude towards women’s mental health issues.

“I do think that there is urgency to doing this research, primarily because research in pregnant and postpartum women has been so backward for so many years,” says Dr. Lauren Osborne, the assistant director of Johns Hopkins Women’s Mood Disorders Center. “For a long time, we didn’t even require girl mice to be included in NIH [National Institutes of Health] experiments. It’s still very difficult to conduct research that involves medications on pregnant women, simply because of the ethical issues involved with determining safety and efficacy by giving a medication to a pregnant woman who maybe doesn’t have an illness.”

As postpartum depression is thought to be triggered in part by the hormonal changes that accompany pregnancy and childbirth, experts say research into drugs to address the condition could eventually also lead to treatments for women struggling with mental health issues during other times of major hormonal changes, such as those that occur before their periods, during menopause, or after hysterectomies. “There are a lot of conditions under which women are at increased risk for depression compared with men, and I think it’s really exciting to have medications for the first time that specifically target those mechanisms,” says Schiller.

Still, no single postpartum depression drug will ensure that all women receive better mental health care following their pregnancies. Although SSRIs and psychotherapy are thought to help many women who struggle with postpartum depression, many of those suffering—especially those who are also struggling financially—do not receive any form of treatment. According to a 2018 study published in the medical journal Women’s Health Issues that reviewed two large databases of women who gave birth in 2014 and were diagnosed with depression in the year after giving birth, 29% of those who held private insurance did not receive any treatment, while the same was true of 46% of those on Medicaid, which assists low-income Americans and other groups with medical costs.

“The biggest limiting factor in getting to remission from depression postpartum is access to care, period—and it is worse for people who don’t have financial resources,” says Catherine Monk, a professor of medical psychology at Columbia University Medical Center. “A concern is that it gets to a point where women do not see a mental health provider—their obstetrician just gives them a pill.”