On Loving Someone Who Battles Inner Demons 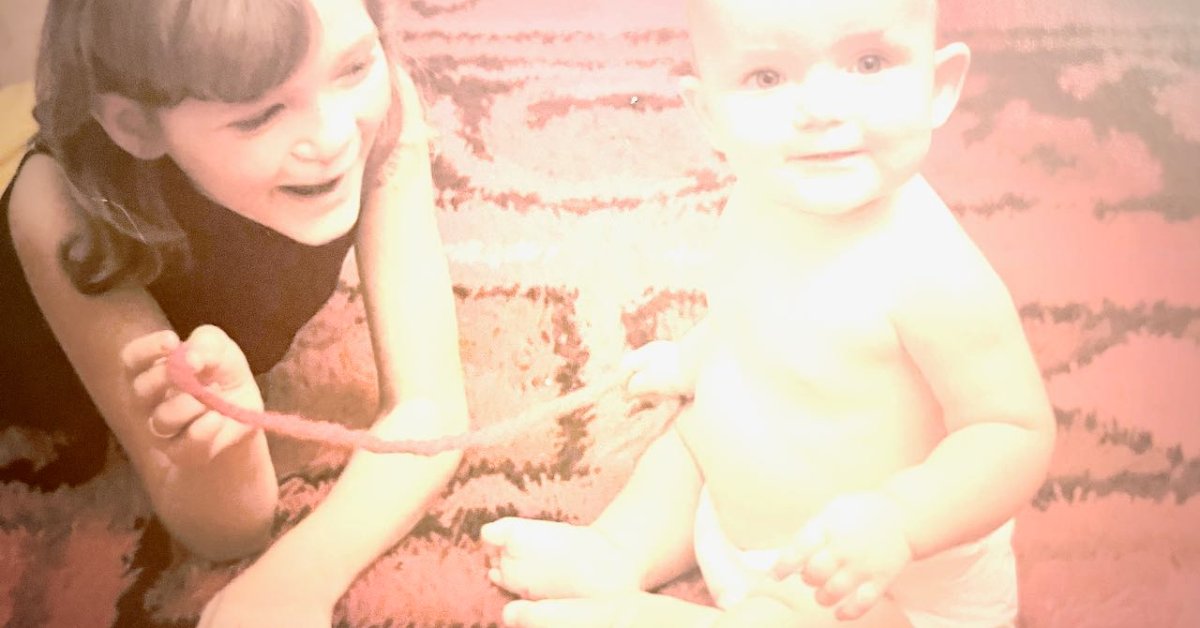 Well hello! I’m so glad you’re here. Write to me here, or via Instagram: @SusannaSchrobs. Subscribe to get a new edition of “It’s Not Just You” every Saturday.

Many of those who battle the most serious mental health issues have a small tribe of loved ones who travel that road with them (as much as anyone can). This week’s essay is for those of you who might know a bit about that journey. This somewhat abbreviated newsletter is also also a call to action for this year’s World Mental Health Day in the wake of a pandemic that has had disastrous effects on the most vulnerable. Yours, Susanna
[time-brightcove not-tgx=”true”]

On Loving Someone Who Battles Inner Demons

Every family has its own secret language of nicknames and worn jokes. Ours relied on toddler words from when my youngest sister, Rosemary, was little. There were clean bath talawals in the closet at Mom’s house, and we’d put on our babysuits for the beach long after we became adults and long after we lost Rosemary.

My siblings and I are shaped by her absence, just as we had been by her illness. She fought the most terrible depression. It was a bird of prey that swooped in at puberty and never left for long. And at 22, it finally took her.

When my children were young, they asked me about the girl with the light eyes in our family photos. They’d never met Rosemary, but there she was, framed on the shelf, at 10 months old in a white knit dress trimmed with embroidered roses, hair slicked into a spit curl at the top. Her cheeks were flushed and Dad had given her a fat red apple to match.

At 13, her face more chiseled, she stands with a calm smile in a blue checked shirt holding the reins of a caramel-colored horse. Still later, she’d float warily at the edges of holiday photos, clearly hating her dressy clothes. And then she wasn’t in the albums anymore.

I told my kids that Rosemary had been sick, and the doctors tried to fix what was happening in her brain, but the medicines didn’t work. I said it was a bit like she had a cancer that blocked out the sun and made everything hurt. Explaining it to them helped me somehow.

And then I told them about how she could make my other sister and I collapse laughing with a well-timed eye roll or a single deadpan observation about our giant brother. She would have loved being an auntie, a wry, petit muse who knew all about cars and horses.

I didn’t describe for them the sound of the door buzzers on a locked ward when we’d visit her during the terrible times. And I didn’t tell them how our Mom used to lean over the sink smoking, waiting for a call.

It always felt like the mental health care system was a game of chance: This therapy might work after eight weeks or ten weeks. Or it might not. Mental illness is mercurial, dormant and then resurgent without warning. And then there are the searing choices forced by financial constraints.

Subscribe here to get an essay from Susanna Schrobsdorff every weekend.

In those waiting rooms, we’d see the other members of the club. All the families who tend that pilot light with love and tenacity. Sometimes it’s just for a season of adolescence; other times, it is a lifetime gig. There are the little brothers who become the responsible ones when a big brother loses himself. And there are parents and spouses who find themselves always on alert, scanning beloved faces for traces of distress.

We are the families that hold periods of calm tight against our hearts, soaking up the normalcy. We don’t talk too much about the bad bits and the guilt that sometimes wells up for what we can’t or haven’t done. We don’t talk about it outside our closest friends because it’s not our story to tell, though we all struggle with it. Even so, it can be lonely.

These illnesses are the river that runs through your house. They are part of the architecture of us, entwined with all the glorious, joyful elements. Decades later, Rosemary is here with my kids and me: Her laugh, her supreme wit, and the worry I had for her are built into my bones.

That emotional radar is how members of this club recognize each other. A small aside, a confession, some brief relief that we’re not so alone. Bound by love and worry, we do the only thing we can do, keep going, arm in arm until science and the people who control budgets bring relief for these diseases.

With the grace of distance, I have a measure of peace. And I can say to newcomers that it’s easy to see the most painful moments as the most important. But that changes. I remember one photo where I’m about ten and trying to lift Rosemary’s robust toddler body with my skinny arms and a lot of authority. I changed her diapers and made her laugh, sometimes just by popping up in front of her and widening my eyes in mock surprise.

I was her favorite person for a while. And now I know those tender days were as important to both of us as everything that came later.

Subscribe here to get an essay from Susanna Schrobsdorff every weekend.

If you are in crisis, call the toll-free National Suicide Prevention Lifeline (NSPL) at 1-800-273-TALK (8255), available 24 hours a day, 7 days a week. The service is available to anyone. All calls are confidential.

An image from the week that was.

👍🏽 How Fixing Facebook Could Help Teens—and Democracy from TIME, and from the BBC, The Science of Social Media Addiction

📚 Amitava Kumar: How Can You Write Fiction That Fights Fake News?

💓 How Much Good You Can Do? This episode of Ezra Klein’s podcast explores the ethical questions around charitable giving with Holden Karnofsky, a co-founder of GiveWell

Write to me at: [email protected], or via Instagram: @SusannaSchrobs. And, subscribe here to get an essay from Susanna every weekend.