I Was Nervous About Getting the COVID-19 Vaccine While Pregnant. Here’s What Convinced Me to Do It 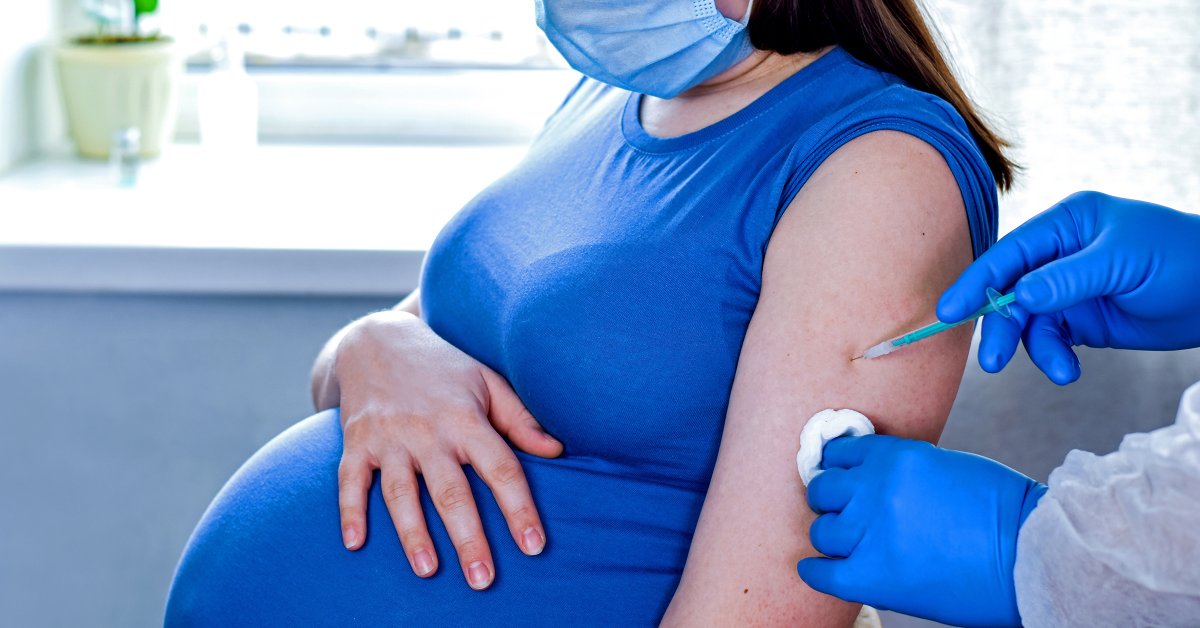 In March, when President Biden announced that COVID-19 vaccines would soon be available to all Americans, my husband and I decided to press pause on the whole maybe-getting-pregnant-soon thing. We would get our vaccines first, have a Hot Vaxxed Summer full of booze and parties, and then go back to the kids question once we had shaken off the COVID cobwebs. Lucky for us, it was too late: it turned out I was already pregnant.

I was thrilled, but also anxious. I had been all-in on getting the vaccine; getting it while pregnant was a different story. At the time, the CDC had not yet issued a full-throated recommendation that pregnant women should get the vaccine: pregnant women were eligible, and the research suggested it was safe and effective, but the agency was essentially saying “it’s up to you,” urging women to talk to their health care providers about it. And my doctor wasn’t exactly pushing me one way or the other: her exact words when I asked her advice in April were “sure, if you want!”
[time-brightcove not-tgx=”true”]

Read More: These Moms Work as Doctors and Scientists. But They’ve Also Taken On Another Job: Fighting COVID-19 Misinformation Online

None of this was particularly reassuring. On the one hand, it made me anxious that pregnant women had been excluded from the early clinical trials of the vaccine. I also thought I was low-risk for contracting COVID-19: I’d already had it the year before, and it was easy to socially distance while working from home. On the other hand, I knew that reinfection does happen, and contracting COVID-19 while pregnant is extremely dangerous. According to the CDC, pregnant women with COVID-19 are more prone to serious illness, which can lead to dangerous complications for mothers and babies, including preterm birth and other adverse pregnancy outcomes. And there’s at least some evidence the vaccination during pregnancy could lead to some protection for the baby. Yet many pregnant women are still reluctant to take the vaccine: by late August, only about 1 in 4 pregnant women in the U.S. had received at least one dose.

That reluctance is dangerous, but I understand it. In those confusing months in the early stages of my pregnancy and the beginning of the vaccine rollout, I hesitated. I was surprised at myself. I am not an anti-vaxxer: I have gotten every childhood vaccine ever offered to me, and I plan to fully vaccinate my own daughter when she’s born. I do not believe the bogus vaccine conspiracy theories that circulate on certain corners of the internet. Part of the reason I believe so strongly in vaccines is that children have been vaccinated against polio, measles, mumps, etc., for generations, and so far, so good.

It was this faith in the tried-and-true nature of older, more familiar, vaccines that made me nervous about taking the COVID-19 one while pregnant. What if there were unforeseen effects down the line? What if, for example, I got the vaccine and our daughter developed birth defects as a result? My brain started speeding in irrational directions, despite the fact that the data show no heightened risk of birth defects from the vaccine.

So I did the only thing I knew how to do: I called people who were smarter than me.

My first call was to my good friend, a health reporter and editor who has covered COVID-19 extensively. She said that all of the studies showed that the vaccines were safe and effective for pregnant women, and that there was nothing concerning showing up in the research. She sent me links from researchers she trusted, explaining that while pregnant women weren’t in the early vaccine trials, pregnant health care workers had received the vaccine, seen no adverse effects, and passed at least some immunity onto their babies. Her verdict: get the vaccine.

Next, I called my uncle, a doctor. He worked in public hospitals in the Bay Area for decades and pioneered the field of social emergency medicine, but he’s also the guy that everyone in my family calls if we have a weird rash. He said that the vaccine doesn’t even get close to the baby: it mostly stays near the site of the injection, in the arm, and then flushes out of your system in a couple of days. He also said that pregnant women get all sorts of vaccines all the time, and he couldn’t think of a single instance where a vaccine had ever been proven to cause problems with a pregnancy or negatively affect the baby. His recommendation: get the vaccine.

Then I called my mother’s oldest friend, a doctor who specializes in obstetric ultrasound. I asked her: How can they be 100% sure that this won’t cause a problem for the baby? “The researchers keep saying, ‘We see no evidence that it causes birth defects,’” I said, “But is that the same as ‘we have evidence that it doesn’t’?”

She explained that it was impossible to prove a negative: absence of evidence, for scientific researchers, is as close as they get to evidence of absence. I wanted to see a study that said “we have proof this won’t happen,” but she explained that’s not how the scientific process works. When researchers say that they have no evidence of adverse effects, she explained, it’s the strongest language they have to rule something out. Still, she suggested that I wait until the end of the first trimester, purely for my own peace of mind: most miscarriages and birth defects happen in the first trimester, she explained, and she didn’t want me to blame a naturally occurring miscarriage on my vaccination. Her take: wait a couple of weeks, but get the vaccine.

Ultimately, even though the CDC had not yet announced its recommendation that all pregnant women get vaccinated (it didn’t do that until August), I got my first dose of the Pfizer vaccine in May, in the final week of my first trimester, and the second dose a few weeks later. On the day I got the shot, I was more anxious than I thought I’d be. But then I remembered that the smartest people I knew said that if they were in my position, they would get vaccinated. I realized that my brain was torn between my irrational fears, rooted in science-fiction paranoia, and the rational advice of trusted, experienced medical professionals and health experts whose suggestions were rooted in research conducted by some of the world’s most knowledgeable scientists. I chose the science.

Since then, my pregnancy has been without complications, and my baby seems healthy so far. I have been able to visit my 87-year-old grandmother and show her my baby bump. I’ve been able to see vaccinated friends and family. I’ve even been exposed to COVID-19 at least once, but have not been infected. When the CDC updated their guidance to encourage more pregnant women to get vaccinated, I was relieved–hopefully, this makes the decision less stressful for other women.

It wasn’t an easy decision. But every day since I got that first shot, I’ve been secure in the knowledge that getting vaccinated during my pregnancy was the right choice, for me and for my baby.